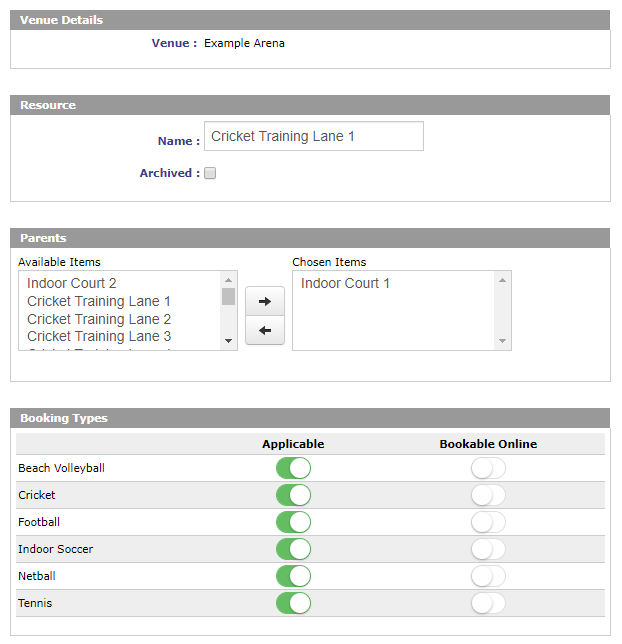 The same venue has decided to play football on a double court where one match occurs over two playing courts. Other league matches such as netball cannot occur at the same time as a double court fixture.

The same venue uses the indoor courts for dodgeball fixtures by dividing the courts in half. Other league matches such as netball cannot occur at the same time, nor can a double court fixture, or can the cricket training lanes be used.

Now that all of the extra playing areas have been created, for a two court venue, there are now 13 playing areas displaying on the calendar. The below image should provide a guide on what the 3 Scenarios would look like at the venue in terms of the playing areas that have been set up.

These playing areas can be grouped to display a more succinct and easier to manage view. On the "Venue List" page, click on "Playing Area Groups". Where relevant, create groups for the various playing areas. In this case, the groups could be

On the "Calendar" the default "All Courts" view would look similar to the below image. The view, with only a few fixtures and bookings can be overwhelming. The ability to filter what playing areas are displayed can be modified in the navigation bar.