Create A Season For The First Time Print

Season Dates: These are the default start and end dates for the season. It would be recommended to have these dates slightly longer than the length of the competition. They can be amended later if any changes need to be made and changed at a league level down the track for the unique circumstances. It is also important to note that the fixtures won’t display on the website outside of these dates. There are some hidden benefits in this feature as it will allow you to manipulate the draw and move teams between divisions without being available to the public.

Venues: Select the venue that you wish to associate to this season.

Leagues: This is where you can associate an existing league to your new season although given that this is the first season that is being created, there will be no leagues to select from at this stage. 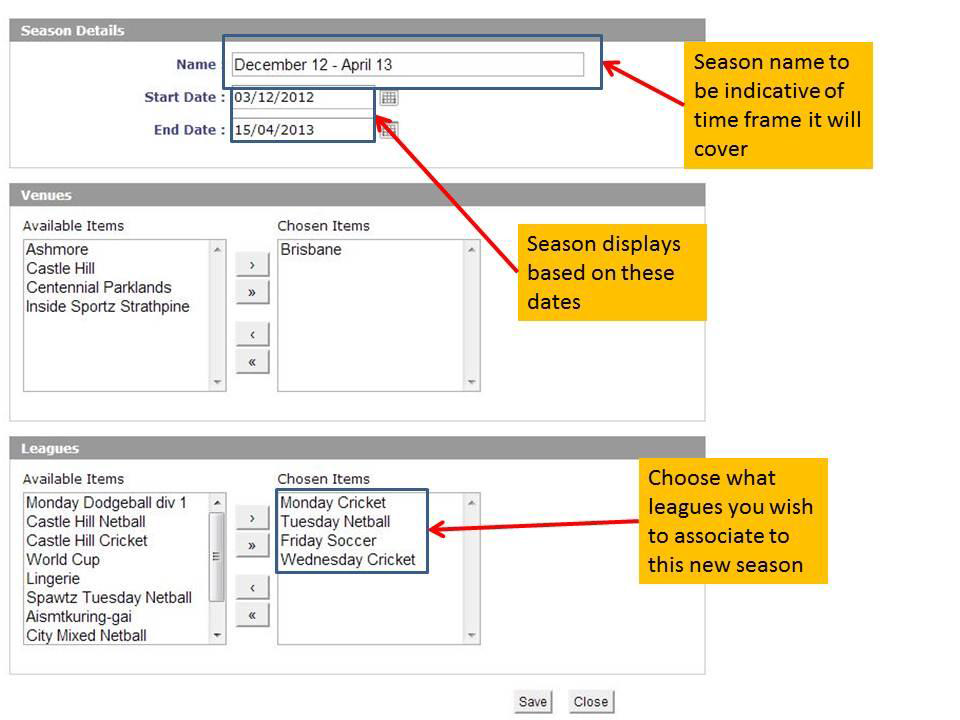